Kenneth, an entertainment entrepreneur, has been the creative and business force behind Feld Entertainment® for more than 50 years. He joined the company in 1970 after his father, Irvin, founded it in 1967 with the acquisition of Ringling Bros. and Barnum & Bailey® circus. Kenneth’s vision to bring Disney characters to families around the world led to the creation of Walt Disney’s World On Ice in 1981. His imagining of this live, family ice spectacular has been one of the company’s biggest achievements and has established a successful relationship with The Walt Disney Company that has lasted for almost 40 years. In 1984, Kenneth assumed the role of Feld Entertainment CEO after working alongside his father for nearly two decades.

As CEO, Kenneth has continued to build the portfolio of brands, including the acquisition of Monster Jam® and Supercross in 2008. Under his leadership, Feld Entertainment moved its corporate headquarters to Ellenton, Florida, in 2013 to house all productions under one roof. Feld Entertainment Studios is now the third-largest single-occupant building in the state, housing two full-sized rehearsal studios for stage and ice productions, as well as the largest monster truck shop in the world.

Kenneth works alongside his three daughters Juliette (COO), Nicole (Executive Vice President) and Alana (Executive Vice President), to bring to life and embody the spirit of family entertainment. He serves as the Chairman of the Board of Trustees at Boston University, his alma mater, and is a member of The John and Mable Ringling Museum of Art Foundation, Inc. Board of Directors.

OUR SUCCESS IS MEASURED IN APPLAUSE

We see opportunity in achieving the impossible. With expertise in every aspect of entertainment, innovative ideas and an unwavering passion to exceed expectations, we rise to every challenge. The happy result is more amazing moments, meaningful connections and cherished memories for our fans around the world.

With vast knowledge and more than 45 years of experience, Michael works with Chief Operating Officer Juliette Feld Grossman to optimize the company’s resources in order to operate efficiently, collaboratively and profitably.

As Senior Vice President and Chief Financial Officer, Nathan ensures the financial health of Feld Entertainment by overseeing all aspects of the company’s financial planning and analysis, corporate accounting, treasury, and risk management. Nathan joined Feld as the Vice President of Finance and Assistant Treasurer in 2018 after a strong 16-year track record at the…

In her role as Senior Vice President and General Counsel, Lisa oversees the legal affairs of the organization and manages all activities of the Legal and Government Relations Departments.

Kirk is responsible for overseeing all associate-related functions within the organization including human resources, benefits, payroll, administrative operations and training.

Robert is responsible for presenting and marketing all Feld touring engagements outside of North America and developing business opportunities in emerging markets.

As Senior Vice President of Global Media and Supercross, Stephen develops and spearheads communication and media strategies for the Feld Entertainment brand and its world-class productions.

As Senior Vice President of Touring Productions and Operations, Jonathan oversees the creative development and day-to-day operations of the company’s entire touring portfolio.

Irvin’s spirit lives on at Feld Entertainment® in bigger-than-life dreams and the tireless pursuit to make them come true. His affinity for show business began as a child when he fell in love with the circus. As a teenager in the 1930’s, he worked at traveling carnivals as a snake-oil salesman. His earnings led to the opening of a drug store in Washington D.C., where he became adept at selling records. Next, he opened a chain of record stores and started producing records and live concerts.

As Chief Operating Officer, Juliette leads the strategic planning and business development initiatives of the company, continuing its longstanding reputation as the global leader in live family entertainment. Since joining the company, she has spearheaded the launch of Marvel Universe LIVE! and led the planning, branding and marketing for Monster Jam® and Monster Energy AMA Supercross, elevating the brands to premier sports and entertainment properties.

In her role as Executive Vice President, Alana leads the charge on everything from strategic planning to creative vision as the company continues to grow and evolve. Alana began her career outside of Feld Entertainment®, joining the family business in 2003. In 2006, she developed a new touring model for the company’s stage productions, which resulted in remarkable brand expansion into emerging markets.

As Executive Vice President, Nicole works to support the strategic vision and planning for the company. In 2001, Nicole joined Feld Entertainment® as Assistant Producer for Ringling Bros. and Barnum & Bailey® and was the first woman to ever lead the production of The Greatest Show On Earth®.  Over the years, she has led the creative vision and strategy for many productions including Disney On Ice, Sesame Street Live!, and Monster Energy Supercross. 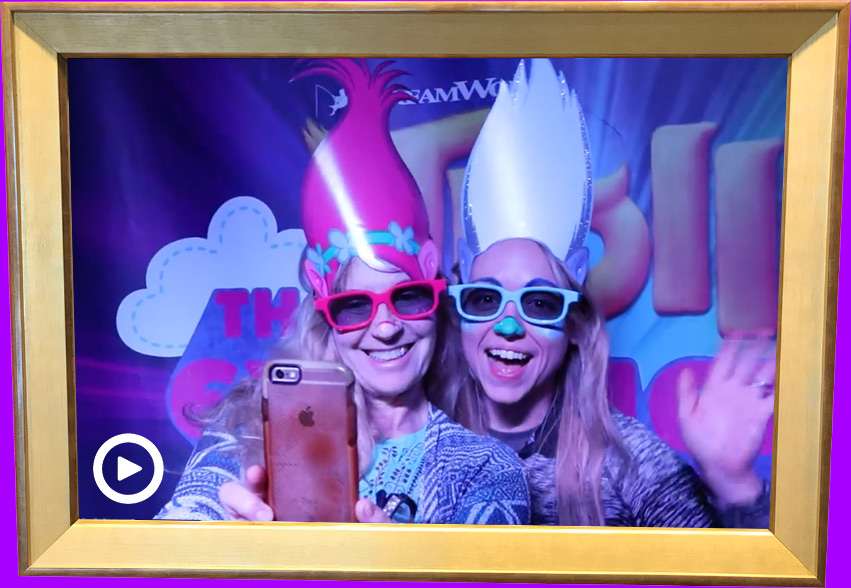 At Feld, you’ll not only help entertain families around the world, you’ll also join a group of passionate individuals who’ll become like family to you. Through our values of integrity, teamwork and collaboration, we’ve created an environment where you’ll feel connected and inspired every day as we work toward our collective goal to create memorable experiences that bring people together and uplift the human spirit.